Produced by MUD, As You Like It proved to be their last regular album. It is an interesting enough collection with, once again, the team of Stiles and Davis providing the majority of the tracks. It’s a much more upbeat and imaginative album that their previous offering (Mud Rock On) and has a much more light-hearted feel that anything since Use Your Imagination. The production is much better than on their previous album, with a much bigger and clearer sound.

The album opens with an excellent version of the old Bobbie Darin hit “Dream Lover”, the first of three covers given the MUD treatment. Ray and Rob wrote six of the tracks, new keyboard Brian Tatum contributing one.

Brian Tatum was retained on keyboards, also taking on the lead vocals for “Dream Lover”, “It’s A Show”, “Heaven Was Meant For You” (which he also wrote) “So Fine” and “Why Do Fools Fall In Love.” Dave Mount got made a rare vocal contribution, taking the lead on “You’ll Like It”. With Ray providing lead vocals on the title track, “As You Like It”, Les Gray performed on just four tracks, indicating his detachment from the band by this time.

In the five years since the release of their first album, Mud Rock, the band had created a sound all of their own. Ray and Rob had really developed as songwriters, and it’s a shame that the band’s final release went virtualy unnoticed by the industry or the public.

Highlights: AS YOU LIKE IT and TOUCHDOWN
Lows: WHY DO FOOLS FALL IN LOVE/BOOK OF LOVE 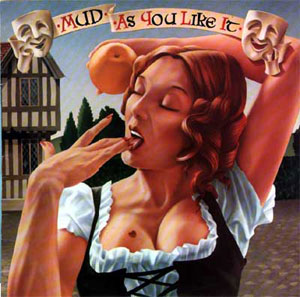 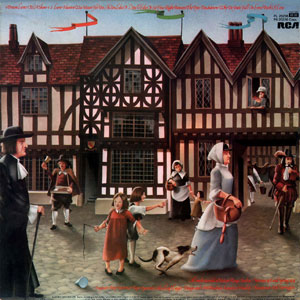