Produced by Phil Wainman (courtesy of the Utopia Group)

Recorded at Audio International Studios between 1st and 25th July 1975.

MUD returned to Audio International Studios in London during July 1975 to record their third (and best?) album - Use Your Imagination.

The producer for this album was Phil Wainman, already known for his work with The Sweet. Also included in the credits is former Candlewick Green keyboard player Andy Ball who, although never an ‘official’ band member, had now joined them on stage and on record.

Use Your Imagination marked a complete break from their Chinnichap days - not only was the album much heavier than their previous two albums, of its 11 tracks, 5 were written by the new songwriting team of Rob Davis and Ray Stiles. The album also features a Dave Mount composition (Hair of the Dog). Phil Wainman and songwriting partner John Goodison provided three tunes for the album including what was to be their second single for Private Stock, “Show Me You’re a Woman”.

MUD’s rock ’n’ roll roots were not entirely forgotten though with the inclusion of “Bird Dog” and “Under The Moon Of Love”, which was later recorded by Showaddywaddy and became one of their biggest hits. I always thought it was a shame that MUD didn’t release their far superior version. And if you listen very carefully, you can hear Les playing the bugle at the end of the track.

Use Your Imagination gave the lads the opportunity to show that they were more than just Chinn and Chapman puppets. Certainly, the new songwriting team of Davis and Stiles provided some of the album’s highlights. The album has a fuller sound than their RAK recordings, but maintains that raw, almost live, feel they achieved on Mud Rock. The keyboards add a new dimension to the sound that helps make this such a good album. 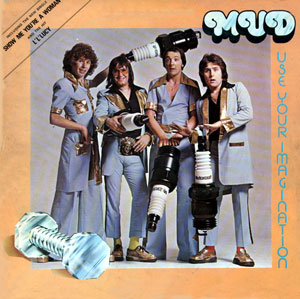 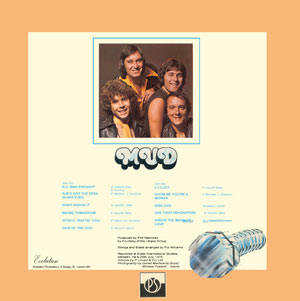